Most of the moments and reasons why I like to travel to trials has nothing to do with the trialing, maybe that is why I don’t miss that end of the field much. It is about all those other moments and meetings that happen around the trial and traveling. Here are a few of them from the last couple of months.

The roads at night have a different life. It is like everyone is moving like zombies but with a purpose to get somewhere, only fueled by diesel and caffeine. At night my life exists between the semi caravans and truck stops. On one of my trips home from Canada my GPS took me on some lonesome roads past the Chief Joseph dam, the lit dam in the middle of all empty darkness that night was like something from LOTR. At the bottom of the hill there is an old 24x7 gas station that have no branding on the building or the pumps. But they sell coffee at 3:00AM, and it is terrible. I stopped at the lookout point parking that was empty of cars but an old man was standing at the edge looking at the dam, drinking the same nasty coffee I did. I tried to stay by myself but the man wanted to talk so I listen. He started to work at the damn when he was 15 and just never moved from town when it was done. He talked about how his life had been devoted to the dam, first building and then maintaining it, but in return the dam had feed his family and kept a roof over their head. The man was retired many years ago but still came up there most every night to look at the dam and remember the time that was. He said now he was mostly walking around waiting to die. It felt special to meet a man from the greatest generation in front of his life work from a time when this country did great things. 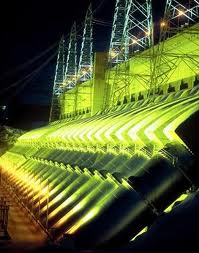 When I was a kid I was into model trains, reading magazines at the local library about famous railroads and engines. On my way up to the sheep river Classic I drove on the Crowsnest Highway, the name alone made me smile. One of the things I saw was the freight trains that crossed the Canadian Rockies, I used to know all about them from the magazines, what engines they have and how long the trip are. I don't care all that much about trains anymore but it was pretty neat to see something that I only read about as a child and probably never thought I would ever see in real life. 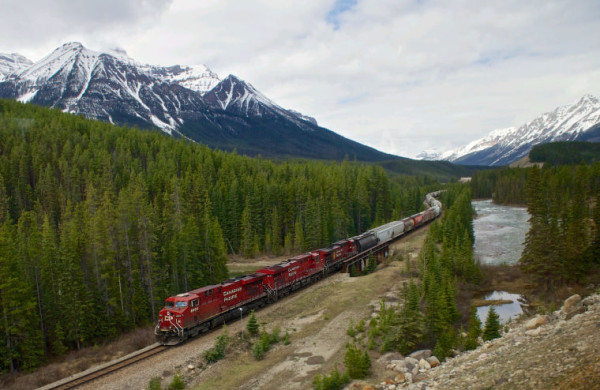 When working at the take out pens sometimes the flock owner stop by to talk to you, maybe to make sure you treat his sheep well. At times they have dogs and then by default we have this connection that is hard to explain if you never have worked a dog on live stock. It is humbling to see an old hard skinned rancher getting all teary eyed when talking about an old dog they had. And to share that with a stranger, because he knows and I know exactly what he feels and talking about, why it is what this is. 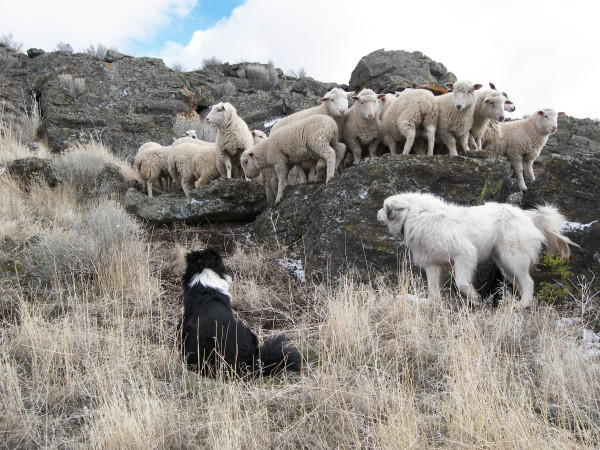 When I picked Merckx up in Lumby some 7 years ago I drove up from Portland and back over night. It was a terrible snow storm at the Coquihalla Highway, maybe some of the worst winter road I been on. Semis were sliding in the ditch and the road was closing behind me as I was making it south. Merckx was a terrible traveler, locked in a crate in the backseat he screamed for 3 hours straight. When I pulled over to brush the snow of my head lights I took him out on a leash. We were sitting in the dark with the snow silently falling around us, Merckx on one end of the leash and me on the other. It was the first time he shut up, the first time he really looked at me. I am sure we were both wondering how this would turn out. This year I happened to stop at the same deserted exit and took the dogs out one at a time on a leash. With Merckx it gave me some time for reflection, at that exact same spot as we did that winter night. Many years later it is still the same dog and still the same me but now both very different. We are about half way on our journey together; it is hard to think about. But he sure has been taking me on a wonderful trip so far. Few things in my life have so fundamentally changed the direction of me as Merckx. And that is where it started, in a snowy dark ditch on a Canadian mountain highway.
At times I shed a tear, not because of sadness but because a connection, a sense of belonging with times past. Like when in the end of a long weekend after feeding and when Merckx put his head on my shoulder, like he is trying to say "I am tired, but today was a good day, thank you". And then I smile. Maybe he really is saying “4 days of hard work and all I get is shitty kibble to eat?” but I choose not to believe that. 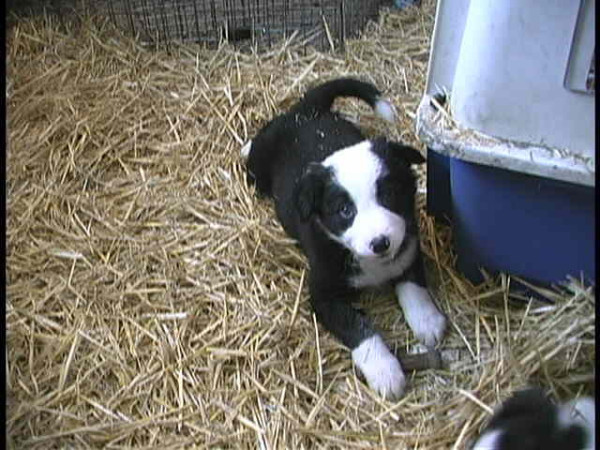 One of the best moments at all trials are when at the end of the last day you let out all the sheep from the holding pens, it is not always as easy as it sounds. Once the single line flow and the sheep buck and jump out in their freedom and the people smiling because the trial is done and all the stress are gone. Those moments from some trials, those 2 minutes are memories I will always look back at with happiness. 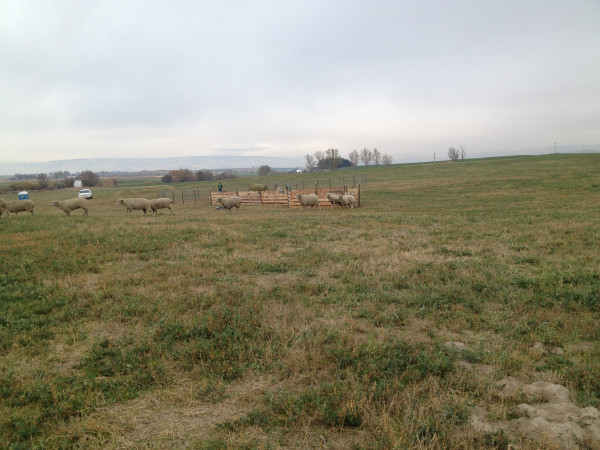 I hope I never stop being spell bound by these small moments in time, I hope life never stops being wonderful.

Some random photos from our wandering ways this spring, wish I had more photos from some of the places we been. Hope my dogs enjoy the traveling work and friends as much as I do. 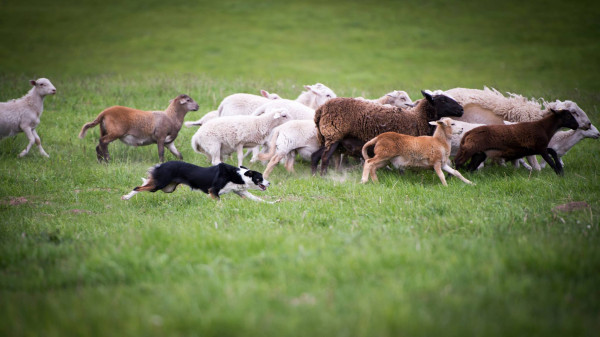 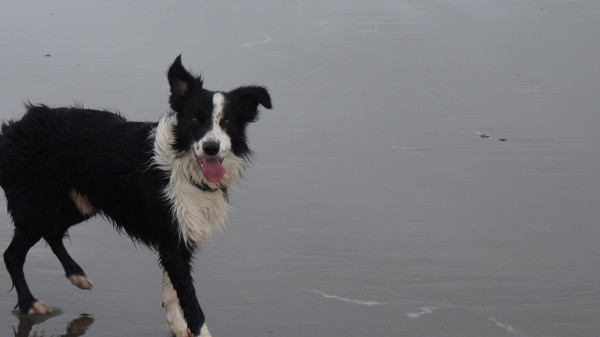 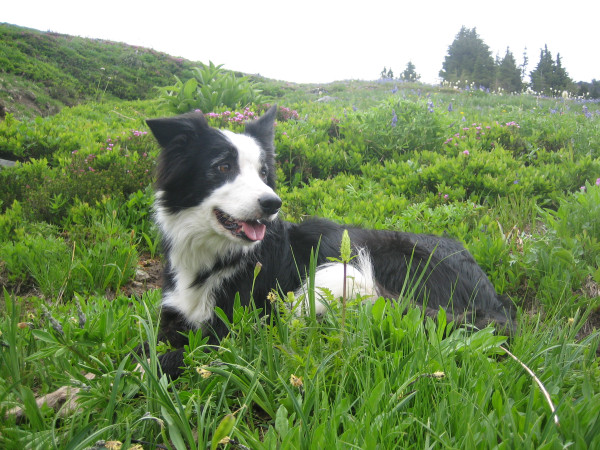 Today the Volvo and the Toyota truck past 170K miles.

I had today off from work, had breakfast and then went hiking in the gorge.
The weather was miserable, windy, hail, snow and pouring rain.

On our way out all my dogs indicated that there was some predatory wildlife nearby, Jolene was really freaked out. Right as we left the summit the thunder was rolling up the side of the mountain, thunder in the mountains are different, you are more inside then having it pass above you. The sound, smell and taste are something I rather not experience again. We hunkered down in a gully until it passed.

Just as I get back out on the main road again there is this small Japanese sedan that spun out on all the hail on the road, I stopped. The woman in the car is a very young woman, and loud. She is on her cell phone when I walk up to her car asking if she wants a tow, she just roll down the window and nods. She is currently breaking up with her boy friend, telling him all about how her new boy friend is a better lover with lots of details and that he better watch himself. I really regret I pulled over. I get the tow line out, hook it up and pull her out. When I unhook she waves to me as she takes off, still on the phone. When I get down to Canby there are a couple of cars stopped in the middle of the road right outside the first houses. In front of the cars, in the middle of the road there is a big old white trash community brawl, young and old, man and woman, no one excluded. Call the police? Try to drive around? Film the whole thing and post it on FB? Out of nowhere they just break it up and walk away. I have never seen anything like it. Both cars on the same day, what are the odds for that? Two photos, one from Geri in Tulelake and one from this weekend’s setout work at the McCormack Ranch. 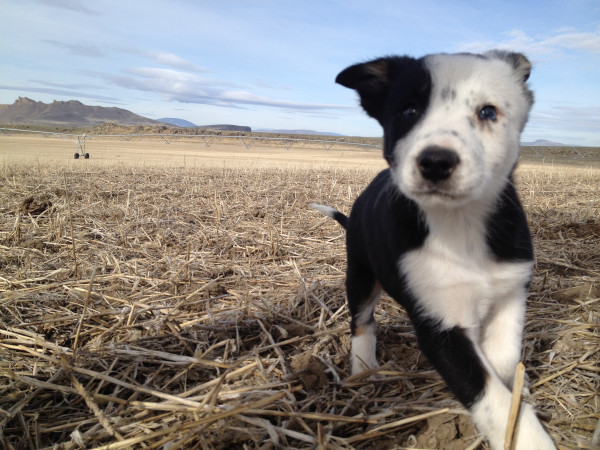 To me this is one of the wonders of our journey. In just over a year my wee little puppy went from a squeaky fuzzy gerbil to a useful bitch doing real work as my partner, I am still not sure how it happened. Can’t help wondering about the photo we will have a year from now.

All normalcy have abandoned the city, the Priuses have been buried under ice and snow like wilted hemp. Only SUV's and big trucks are slowly roaming the streets, ripped tire chains from breaking out of there seasonal storage prisons, prowling for gas. The few of us that survived snowmagedon have huddled up in a Starbucks, the last remnants of this once proud city. We are sipping our foamy drinks as we watch society crumble outside the window, we are out of organic mango tea, we will perish here. Packing up my herding necessities for our first road trip of the year.
The photo on the left was taken 4 years ago, the photo on the right today.
The brass whistle never really fitted me all that well and has been replaced by fingers.
The stick is not as sharp and pointy anymore, now days the tip spends more time in the ground than flinging around in the air.
The hat is getting worn and crinkled but it fits me better now.
The boots are cracked and have a couple of holes in them but they are still my first choice.
My good dog, just a little bit older, a little bit greyer, and wiser, just like me. Like my boots, stick and hat Merckx and I fit better together now, after some miles and wear.